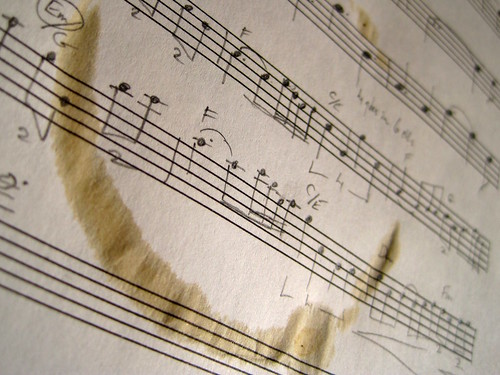 “Every morning I have to write, correct, and score till one o’clock, when I go to Scheidel’s coffeehouse in Kaufinger Gasse, where I know each face by heart and find the same people every day in the same position: two playing chess, three looking on, five reading the newspapers, six eating their dinner — with me making up the seventh.” — Felix Mendelssohn from a letter to his family

Felix Mendelssohn (1809-1847) is another example of a brilliant composer who enjoyed his daily coffee. Though renowned for both social and musical conservatism, he was apparently an avid fan of coffeehouses and the ritual of people-watching through the rising steam from his cup. Reading of his life, you get the sense that he might’ve lived longer had he taken time to smell and savor his coffee rather than swilling it down and moving on to the next task. Sadly, he died at the age of 38, grieved and overworked.

Incidentally, Mendelssohn’s great predecessor, Ludwig van Beethoven (1770-1827), was also a fan of coffee. We already know Beethoven was an exacting composer — his scores often demanding musicians push their techniques to the very limits of physical stamina. We also know he personally destroyed a piano or two simply by playing them forcefully. Thus, we owe the modern piano’s improved durability to Beethoven’s pianistic paws 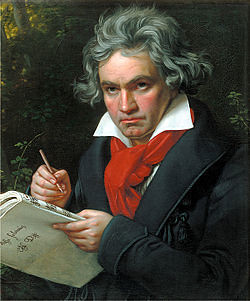 of fury. But, did you know he insisted each cup of coffee he drank should contain exactly 60 coffee beans? No kidding — he counted them himself!

To test Beethoven’s coffee recipe, I weighed 60 average coffee beans. It turns out Beethoven liked about 6 grams of coffee beans per 4-ounce cup. Though I do drink my coffee in modern, 8-ounce cups, I was excited to discover Beethoven and I may prefer the same coffee-to-water ratio. Unlike Beethoven, however, I use a kitchen scale every morning to ensure I have 12 grams of beans per 8oz cup rather than counting out 120 beans. To those who can’t be bothered to measure their coffee in the morning, I raise a furry Beethoven eyebrow.

The second recipe in our Composers & Coffee series is for the serious coffee enthusiast — the kind of enthusiast who is exacting in their technique to ensure every bean counts and every bean is counted.

Combine the espresso, water, Kahlúa, and 1 1/2 tablespoons granulated sugar in a shallow bowl; stir to dissolve sugar, set aside.

In a large bowl, cream together the mascarpone cheese, softened neufchatel, 1/2 cup granulated sugar, and vanilla paste with a hand-held mixer until smooth (sugar will dissolve when the mixture is thoroughly creamed). 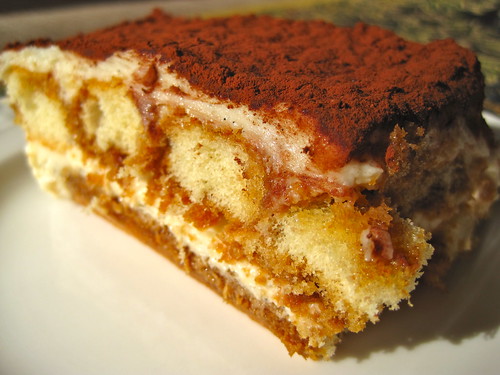 Cover and chill for about 4 hours before slicing and serving.