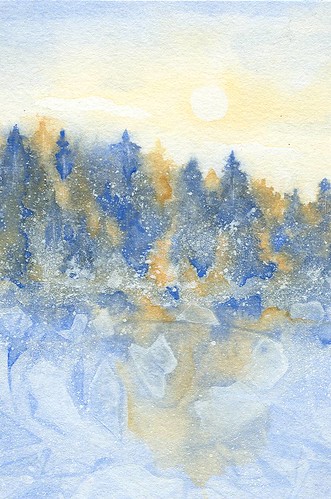 Manitou Winds’ premiere concert, Winter Songs & Carols, was a splendid event! We were delighted to share our music with so many of our friends, colleagues, Facebook fans — and even some new faces! We are grateful for all of your support and enthusiasm as we continue to embark on this musical journey. We hope to make Winter Songs & Carols an annual event.

When looking for a venue for our first concert, we settled almost immediately on Grace Episcopal Church. What a fantastic venue — such a warm acoustic and beautiful woodwork. It was just right for the kind of concert we wanted to create. Though it is a spacious sanctuary, the intimate nature of chamber music soon filled in the spaces, drawing everyone in with the sounds of winter and the holidays. 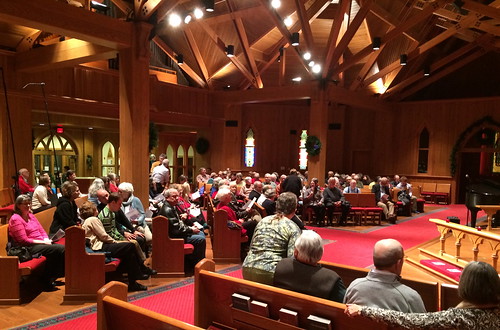 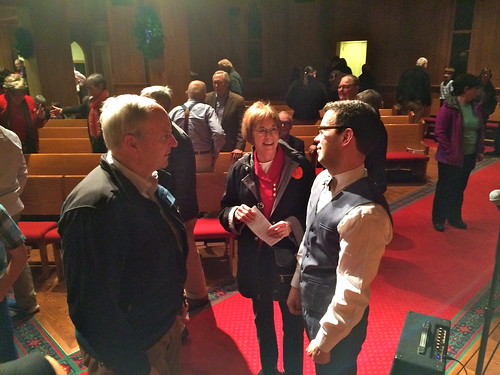 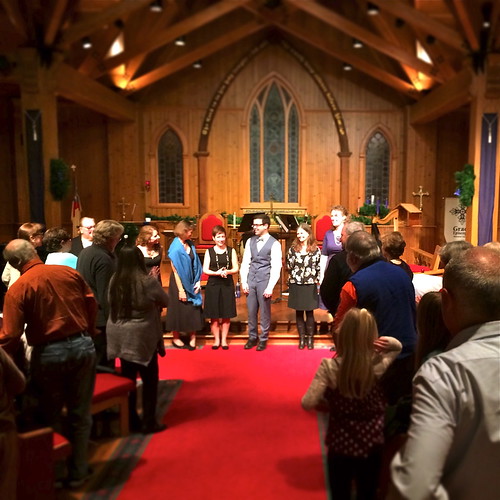 Our goal was to create a concert program exploring the many moods of winter — going beyond Christmas to also celebrate wintertime and its many facets. In order to do that, we collected repertoire in a variety of styles using all sorts of combinations of instruments. 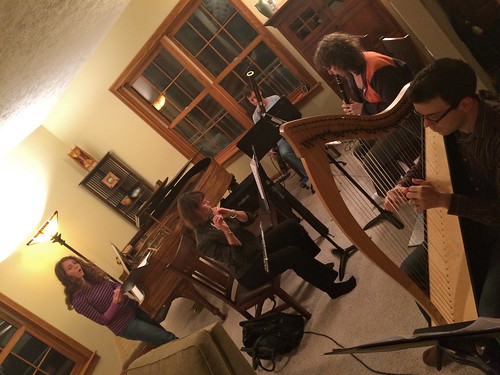 Of course, preparing the program meant a lot of work — months of researching, arranging, and rehearsing. It was interesting to find ourselves contemplating winter in late August, for example! The work was pure bliss, however, as we fell in love with this music almost immediately.

One our favorite moments of the evening was the world premiere of Three Celtic Carols — an original composition completed in 2015. Music written expressly for wind quintet is rare enough, but the three carols themselves were fun to explore and share.

We also celebrated the coming of the longest night of the year (Winter Solstice) with an ethereal quartet arrangement of Johnny Cunningham’s King Holly, King Oak.

For this year’s concert we had the honor of working with a fabulous vocalist: Susan Hatt Johnson. Susan’s contribution to the program was immense. Through her stage presence and versatile voice, she introduced the audience to a new character with each song (even doing a quick onstage costume change!). 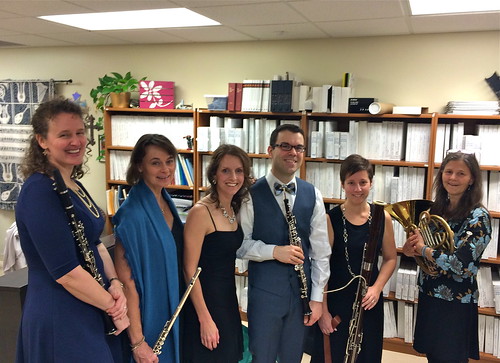 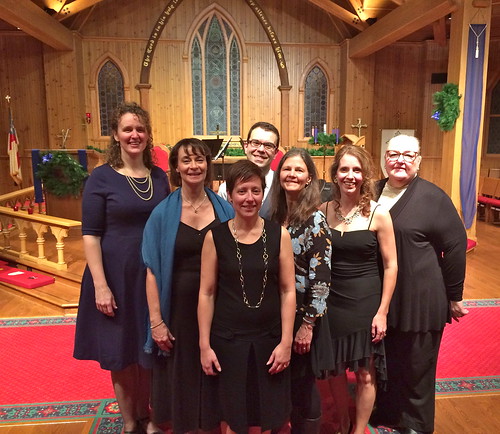 For a surprise twist, we enlisted the talents of Teddy House, a theater enthusiast and founding actor with the Glen Arbor Artists Association’s Reader’s Theater. Instead of an intermission to give our embouchures a break, the audience was transported to various wintry scenes via Teddy’s readings of poetry and prose.

We’re happy to announce that you — our audience — raised over $630 for Grace Episcopal Church’s Friday Community Lunch ministry. Thank you so much! We’re told the organization gladly receives donations of time and materials throughout the year, but they rarely receive a monetary gift of this size… and, of course, a donation during this time of year is an immense help. 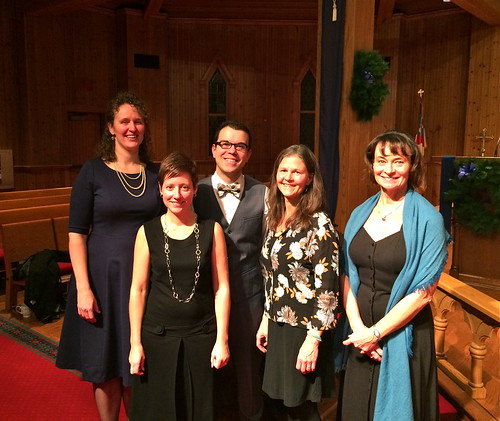 Winter is taking its time settling in to northern Michigan, it seems. By this time, last year, we had snow on the ground and had said goodbye to 50s and 60s weeks ago! Nonetheless, we hope Winter Songs & Carols was a soothing start to your season. We hope to see you at our next concert.