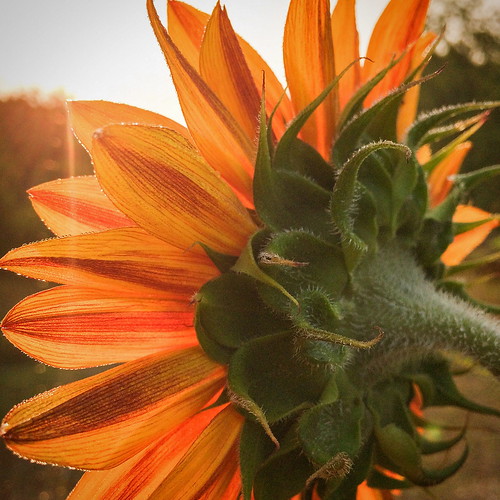 Manitou Winds’ July 11th performance at Stormcloud Brewing Company is part of a special series to promote the Benzie Area Symphony Orchestra’s concerts for the 2015 season. Jason McKinney and Laura Hood perform regularly with the symphony and invite you to attend the upcoming BASO concert on Sunday, July 12th, 7:00pm at the Benzie Central High School Auditorium.

Special thanks to our gracious host, Rick Schmitt of Stormcloud Brewing Company, for inviting us and supporting both community and the arts in Benzie County and Northwest Michigan.

We hope you enjoy the concert! Click HERE for a program to follow along with the performance.  Below are some program notes to give you behind-the-music knowledge about the composers and their pieces.

Passacaille — Adrien Barthe (1828-1898)
A very self-critical and arguably unnoticed composer in his day, Adrien Barthe devoted much of his time to teaching rather than seeking to be published and performed.  Consequently, many of his works were published posthumously.

A passacaille was originally a 17th century Spanish term for an instrumental interlude between dances or songs.  In spite of the term’s Spanish origins, the earliest existing examples of the musical form are from 17th century Italian sources.  It was the Italian composers who defined the form as a series of variations over a continuous bass line.  As Barthe was a French composer from the 19th century, it’s interesting to note the juxtaposition of nationalistic and historical influences in this single-movement piece.

imagination of a composer who made a career of refusing to attach himself to any musical descriptors or genres. He composed music for a vast litany of instrumentations and combinations — even venturing into the realm of film music. Like many eclectics, he faced hardships brought on by critics who tried to fence him in. In fact, for many years, his music was banned in his native France. Still, he went on to see many of his best works performed and lauded during his lifetime. His music is often described as festive, lyrical, evocative, and gently humorous.

Anna Maria “Nannerl” was four-and-a-half years his senior, and — though they traveled and performed together extensively as children — their paths diverged later in life so that they communicated in a dwindling stream of letters throughout their lives rarely seeing one another.

Still, history reminds us the bonds of siblings are unbreakable as Mozart wrote to his sister in June 1770, “Write to me and don’t be so lazy. Otherwise I shall have to give you a thrashing. What fun! I’ll break your head.” The first movement of the Divertimento, in particular, would make an excellent soundtrack for such a sound thrashing!

Divertimento in G Major, Hob. IV:3 — Joseph Haydn (1732-1809)
Haydn composed this divertimento in 1794 during a rather adventurous period in his life. Born in Rohrau, Austria, he’d spent 58 years of his life never traveling outside a 50km radius of his birthplace. It wasn’t until he was retired from his long-standing engagement

with Hungarian royalty in 1790, that he finally left his familiar radius, embarking on two separate voyages to London — it was the first time he’d ever seen the ocean!

Since he’d spent most of his life isolated from other composers and cultural influences, it must have been a gratifying experience to arrive in London and realize he was the modern-day equivalent of a celebrity.

I like to think that it was on one of those evenings at his magnificently appointed suite in London, surrounded by the noisy chatter of rapid-fire English, while gazing out over the busy city with fanciful ideas and ambitions swimming in his mind, that Haydn penned this divertimento.

Grow Old with Me — John Lennon (1940-1980)
Written in November of 1980 as a demo and not released until four years after his death, Grow Old with Me is surely one of the last songs ever written by John Lennon. Its lyrics were directly inspired by the poetry of both Robert and Elizabeth Browning: 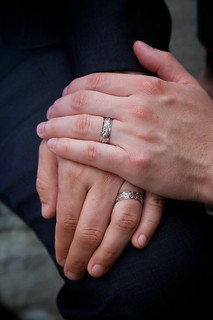 Inspired by Mary Chapin Carpenter’s recording of Lennon’s song, Jason penned an arrangement for soprano saxophone and string quartet in 2010 for his wedding ceremony. In 2014, he revisited the piece and — with the help of the members of Manitou Winds — created the arrangement you’ll hear today.

Divertimento No. 1 in Bb Major, Hob. II: 46 — Joseph Haydn (1732-1809)
This four-movement divertimento has long been attributed to Joseph Haydn, but a growing body of scholarship suggests the work was actually penned by one of his students (Ignaz Pleyel [1757-1831]). Though he was a student of Haydn’s, Pleyel’s music shared nearly equal popularity in the late eighteenth century. Centuries later, Haydn’s prolific catalog dwarfs that of his student’s, and the divertimento still appears on concert programs with his name next to it.

described him as “elusive” in that his consummate skills enabled him to channel any composer or style he wished, leaving you to wonder who the “real” Bennett was. His relatively vast catalog of compositions offers no clues as it reveals only a very gifted musician and composer who simply loved music. He communicated through the medium in whatever setting or style suited him at the time.

Travel Notes 2 was composed in 1976 — an indirect sequel to a string quartet of the same name written the previous year. Each of the movements very colorfully depict what might be scenes lifted from the pages of a very adventurous traveler’s diary.

Royal Garden Blues — Clarence & Spencer Williams (1893-1965, 1889-1965)
Royal Garden Blues was first published in 1919 and became an instant sensation (well, as “instant” as possible in the days before YouTube, iPhones, and Facebook).

Perhaps what caught most listeners’ attention was the fact that it was one of the first popular songs based on a “riff”. What’s a riff? In the simplest of definitions, it’s a small phrase that comes back again and again while various changes occur around it. As the riff is passed around the group, the soloists add their own herbs and spices to the basic recipe. 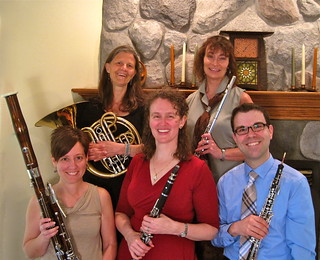 five-movement wind quintet in 1954. Each of the movements showcases the brilliant wit and style of a composer who is sadly unknown to many concertgoers. Though she was quite the mover and shaker in her day — rubbing shoulders (albeit only stylistically) with the likes of Francis Poulenc and the other members of Les Six — it is primarily her vocal works that are still performed.

Clarinet Polka “Dzaidunio” — traditional
Like many tunes classified as “traditional,” Clarinet Polka‘s origins are fairly dubious. Some claim the music was written by an Austrian composer named A. Hupfata while others insist it was written under the name Dziadunio Polka by the Polish composer Karol Namysłowski. Regardless, the tune has been popular since the end of the 19th century and used in countless radio programs and recordings.