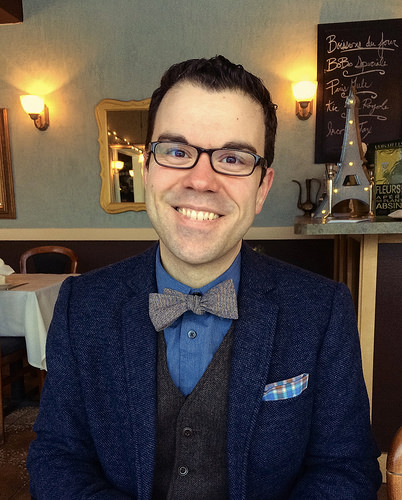 “I did not sit down, one day, and decide I would write Three Narratives,” says Jason McKinney (b. 1979). “The piece just happened to come together during a very difficult time in my life. 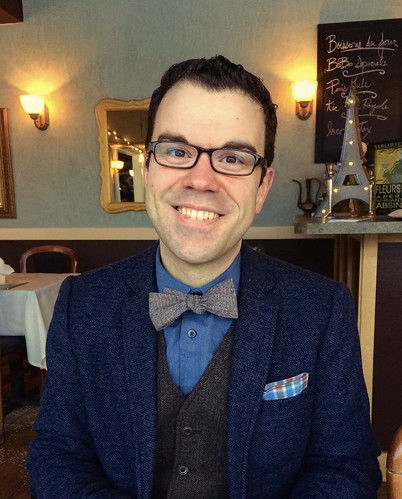 The structure of the piece, the melodies inside the structure — these were all comforts to me, a way of coping.”

Three Narratives (for flute, clarinet, bassoon, and piano) tells of the composer’s very personal journey of coming out to his family and friends — a journey that led him through fear, self-hatred, and finally joy.

He began writing the piece in 1999 (originally scored for oboe, mezzo-soprano vocalise [no lyrics], and piano) and performed an early version as part of his 2001 junior recital. Still, Jason insists Manitou Winds’ performance on May 1st will be the true premiere. “I have revisited and revised the piece many times over the years — adding lines, refining sounds, creating entirely new sections. In many ways, it’s only now the piece I truly meant for it to be” he says. “I think I’m ready for the music to speak to other people who may be having similar struggles.”

Many of the composer’s favorite lines in the three-movement piece were conceived in one particular practice room of his university’s music annex. “I think a lot of people picture a grieved artist staying up all hours of the night, baying at the moon,” he says. “For me, it was usually early morning. I would wake up from a fitful night of sleep, grab a tall coffee, and make my way to my favorite piano long before classes were to start.” It was during these early morning solo piano sessions that the lines of each movement began to take shape. Jason eventually committed those lines to paper.

“Once I started putting the melodic lines onto the staff paper and sketching the underlying supporting material, I began to get the sensation that the music was something of a narrative — telling a story with characters coming and going with the 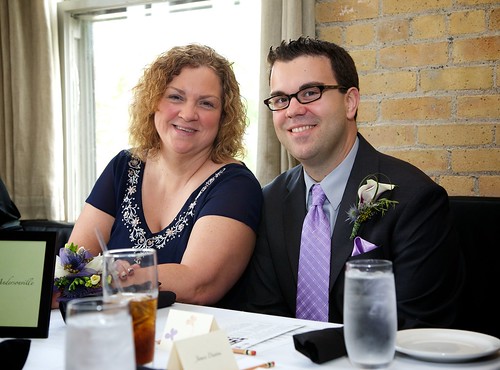 phrases,” he says. “I’d never written anything quite like it before and I’ve not since.”

Movement one, entitled “Once”, is dedicated to Jason’s mother, Brenda, whom he credits for his having been allowed to pursue music. “Mom not only encouraged us to succeed, she was a kind of force behind us.” he says. “She was determined we would have opportunities she missed out on. So, when I showed musical aptitude, she did everything she could to see that I had an opportunity to take lessons.” The movement also depicts Jason’s childhood and adolescent memories of musical exploration.

The joy of the first movement ends very abruptly without harmonic resolution, segueing into movement two, entitled “In the Dark”. Jason identifies its first melody as the theme of utter self-hatred. “It’s a melody without any real direction or resolution; persistent and unwilling to be ignored. The drone in the clarinet is like a ghostly reflection in a mirror.” The self-hatred Jason wrote about in his score was also being written down in his personal journals which he’d kept since early high school. 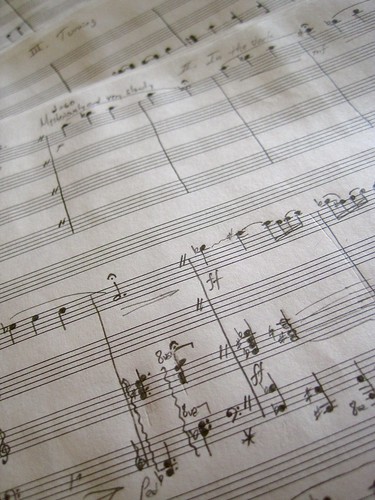 “For years, I’d prayed almost nightly that God would make me not gay anymore. I thought if I tried hard enough not to be gay, one day I would be rewarded and it would be completely erased. Eventually, I began praying that I would die — specifically, that I would not wake up the next morning. It was a prayer I said often for about three and a half years. Every sunrise was like a reminder that I was doomed.”

As the theme of self-hatred reappears in many forms throughout the movement, we hear depicted Jason’s struggle to move on with his outward life at university while his inner life was falling apart. He says it was his close friend, Amanda, who helped him eventually heal. “We talked for hours about our fears and our self-hatred. It was the first time I’d ever talked to someone who had the same ‘sickness’ as me.”

As the second movement nears its close, the composer’s anguish resolves into peaceful epiphany as the music shifts from a very discontented, climactic atonality to a relieved Eb major. “I don’t like to call it an epiphany, but it was like rays of light came tearing through the darkness I’d been wandering in for ages. In that moment, I knew the change I 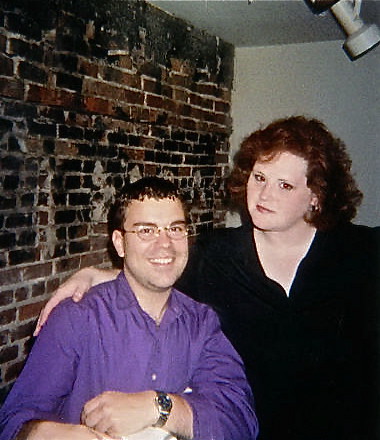 needed to make was to stop trying to change — to stop hating myself. I’d been trying to go in the wrong direction,” he explains.

“Tired of asking why. Tired of reasoning… I was just hanging my head there in silence. And then, like reading for the first time words I’d overlooked a hundred times, a voice in my mind: You can’t be fixed because you aren’t broken. You are who you were made to be; stop trying to be someone you aren’t.“

Movement three, entitled “Turning”, depicts Jason’s eventual acceptance and coming out to his friends and family. Though the movement’s final theme was actually penned years before they met, Jason insists the music depicts the moment he met his husband, James. “I told him during our vows (five years later) that it was like that cheesy Savage Garden song: I knew I loved you before I met you, I think I dreamed you into life.”

“It’s strange that I don’t really journal much anymore. I used to spend hours writing in journals, unloading so many thoughts. I’ve tried picking it back up, but it somehow doesn’t seem to be necessary for me anymore. I guess it’s because my life is no longer ‘closeted’. I’m able to be honest with myself and this allows me to be honest with everyone around me. I don’t have to guard things behind the covers of a journal, scrawled in nearly illegible handwriting… or encoded in music.” 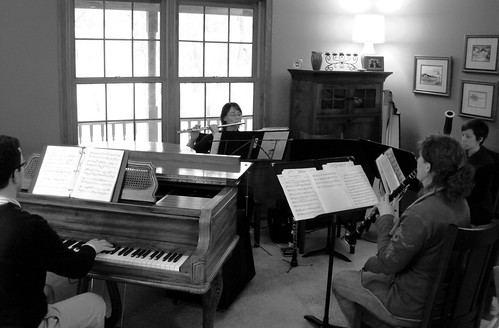 Can music tell a story completely independent of language? Our audience will be the judge of that when Manitou Winds premieres Three Narratives.