August Was a Busy Month

August was certainly a busy month for the musicians of Manitou Winds. Still reeling from the preparation and performances for the 2015 Traverse City Film Festival, we put in a lot of rehearsal time for another promotional concert for the Benzie Area Symphony Orchestra at Stormcloud Brewing Company, in Frankfort. 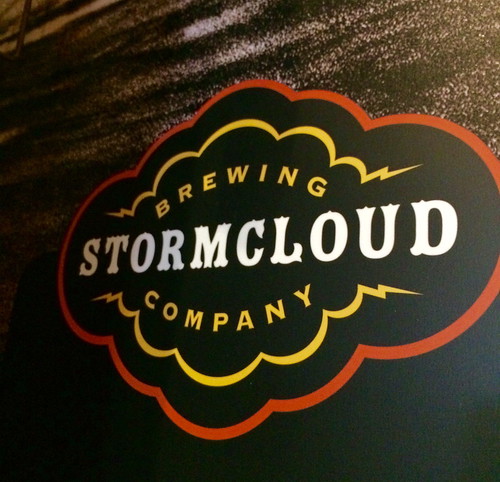 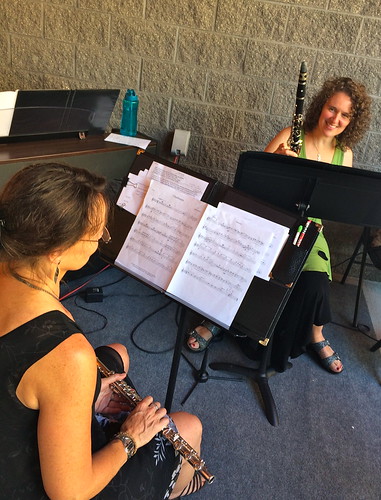 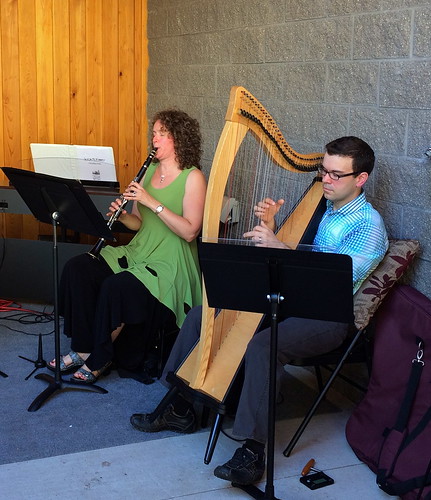 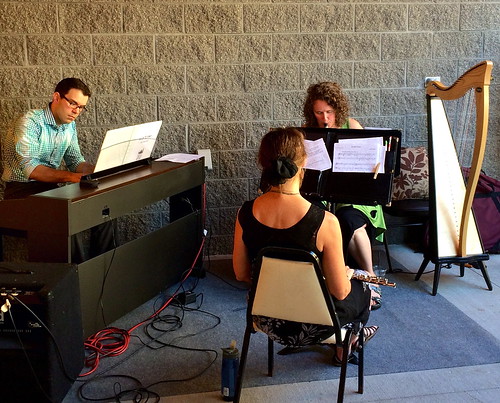 This second performance at Stormcloud featured the Manitou Winds NEO Trio in a full hour of music. We enjoyed being a mellow backdrop for the brewery’s patrons on a beautiful summer afternoon.

July and August were full of performances and appearances for Manitou Winds, so we wanted to take some time out for rest and celebration amidst all these dates scribbled on our calendars. What better time for a potluck?! We gathered close friends and family and met in Laura’s barn for a potluck dinner and a mini concert. It was a fun evening in spite of the unseasonably chilly weather! 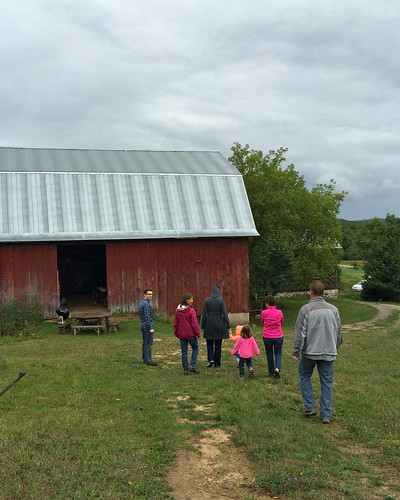 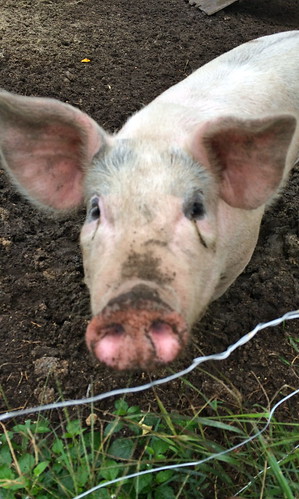 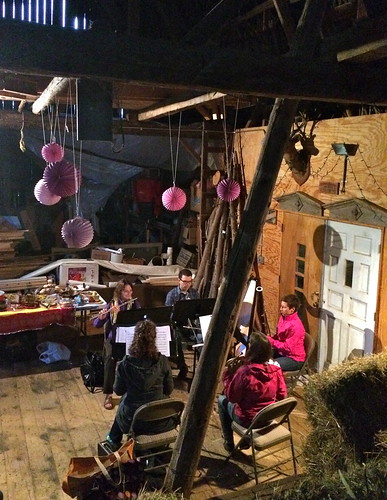 While putting together the program for Stormcloud, the NEO Trio was also arranging and rehearsing for hymns and special music for the August 30th Sunday morning worship service at Grace Episcopal Church in Traverse City. While we truly enjoy sharing our music with everyone, we relished our first opportunity to perform music in a quieter, reverent setting (i.e., not in a crowded movie theater or a lively brewery).

Here is a short video taken during our rehearsal with Grace Episcopal’s organist, Kathy Will:

And now, as the tourists are beginning to pack up their belongings and the leaves are conspiring to change at any minute, we are beginning rehearsals for our December concert: Winter Songs & Carols on Saturday, December 5th, at 7:30pm. See our Performances Page for more information about upcoming concerts and events.