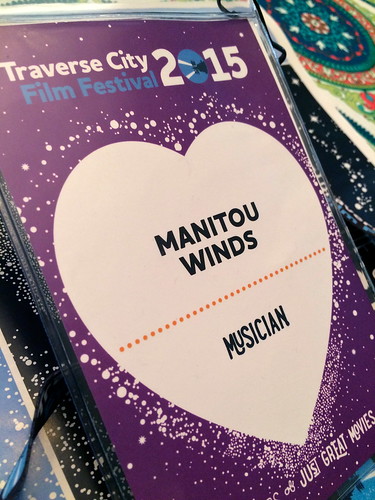 In July, Manitou Winds was selected from among a large pool of talented musicians to participate in the 2015 Traverse City Film Festival! Musicians from across Northern Michigan — and all across the country — were invited to submit videos and samples for consideration by the festival committee. It was truly an honor to be selected!

Our first performance was at Traverse City’s Clinch Park at The Open Space. As it happened, this was the premiere of our NEO Trio — Sam Clark, Anne Bara, and Jason McKinney. On one of the windiest days in memory, the trio took the stage armed with weighted stands and all manner of safeguards to protect them from the elements — even the film festival crew had to wait to assemble the large outdoor screen due to the windy conditions! 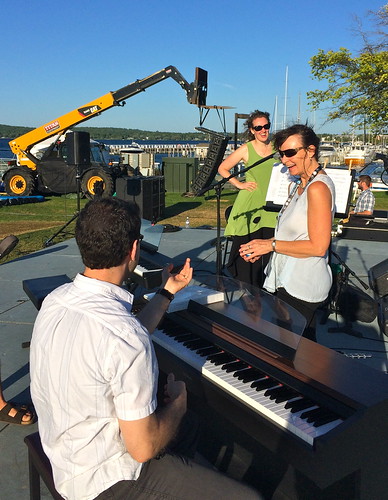 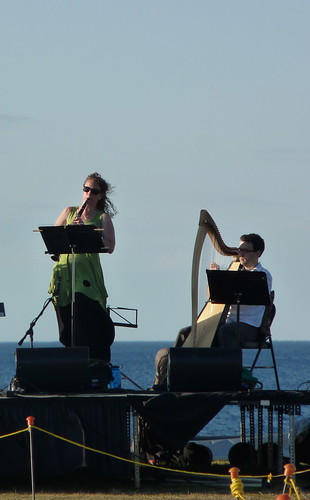 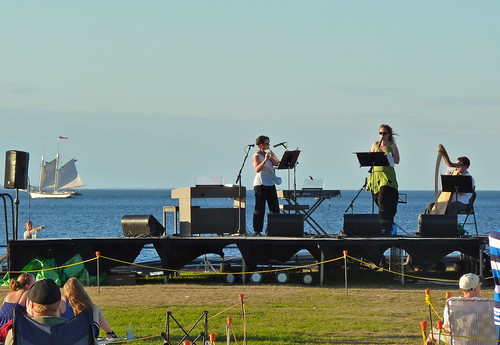 Sheet music was airborne several times, Sam’s embouchure and breath support were tested every other measure by the gusts, Anne’s music stand had to be anchored with ballast, and Jason’s harp strings were alive with vibration from the wind — like a Celtic war harp! It was an epic premiere to say the least. 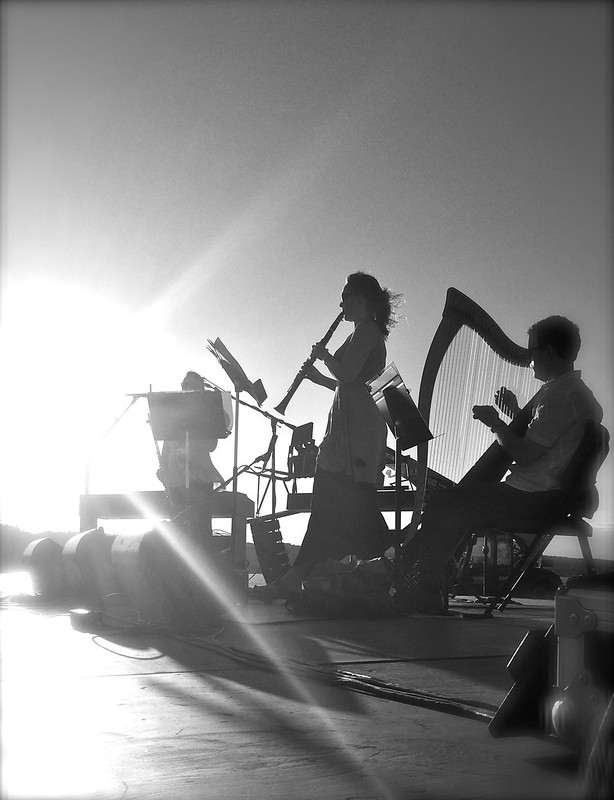 But, as the crowd assembled and the sun slowly approached the horizon, the trio played nearly an hour of relaxing music which was carried by the gale-force winds to folks near and far. We couldn’t have asked for a more beautiful venue. 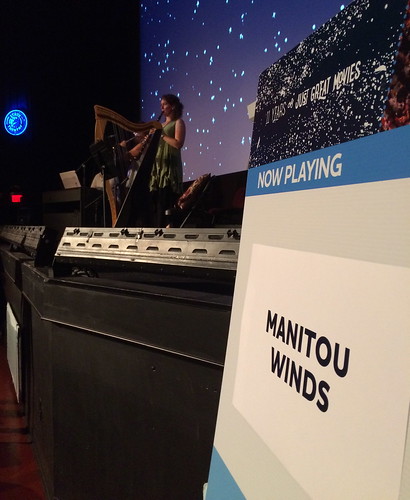 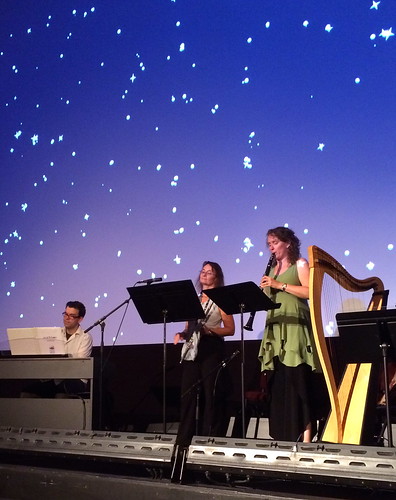 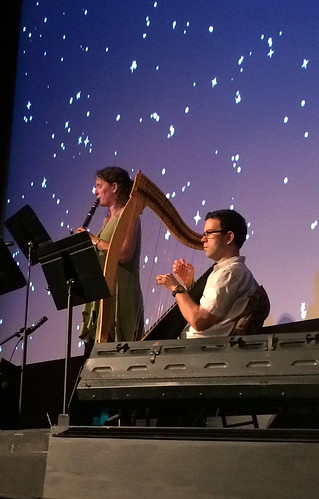 Next, the trio high-tailed it to the State Theatre for their next performance just 20 minutes later! They were honored to play 30 minutes of repertoire for a full house of movie patrons! It was an unforgettable evening of music which would have been an impossible feat if not for the many film festival volunteers who assisted the trio in getting on and off the stage and swiftly to the next venue. The trio also owes a big thanks to Bill Fromm and James Deaton (our unofficial roadies) who helped load and unload equipment — including Jason’s heavy, not-nearly-as-portable-as-it-looks keyboard.

On July 31st, the Manitou Winds quintet performed for another full house at the Old Town Playhouse. Trios, quartets, quintets — we pulled repertoire from several sources for the performance. 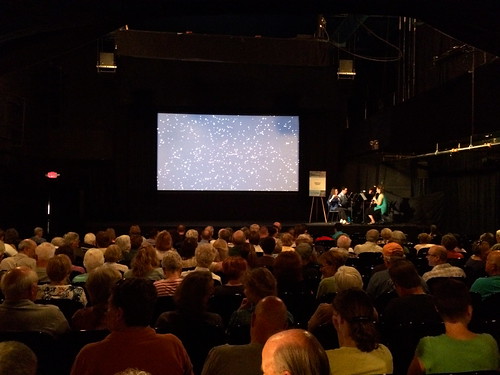 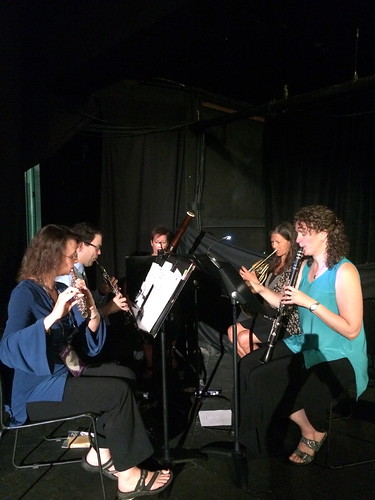 The Traverse City Film Festival is a volunteer-based festival that accomplishes miraculous feats of logistics and organization each year as festival attendance continues to grow along with the number of film venues. We were proud to be a part of the festival, this year, and hope to have the opportunity again.

Want to see some video clips of our 2015 TCFF Performances? Visit our Facebook Page for videos, photos, and more!

← Thank You, Stormcloud!
August Was a Busy Month →