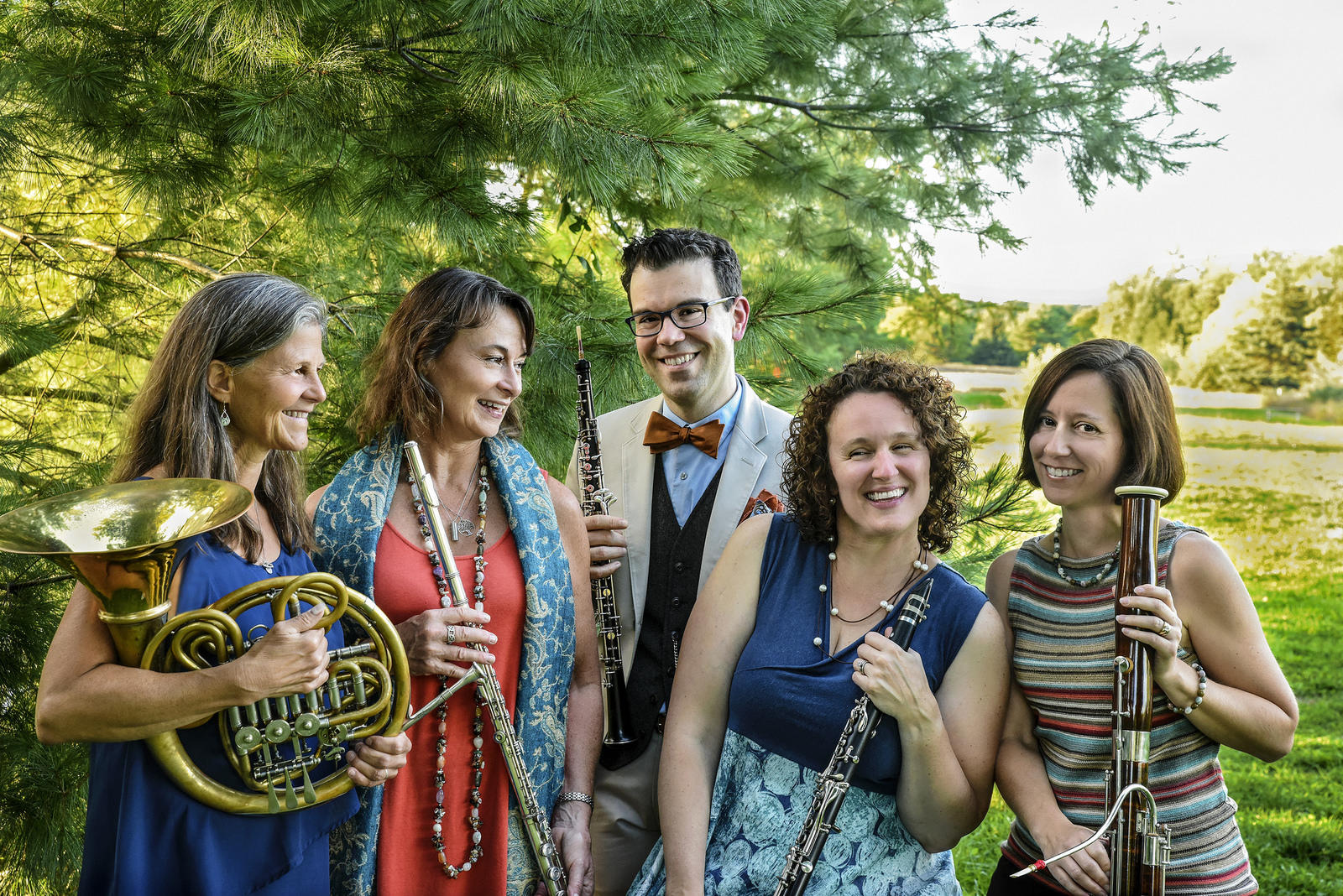 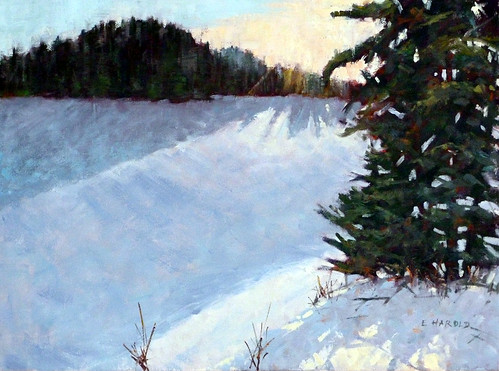 As creative director of Manitou Winds, I spend a lot of time searching through titles and listening to music, curating the individual pieces that I plan to eventually morph into future programs for our ensemble. Putting a program together can be challenging. Often the toughest 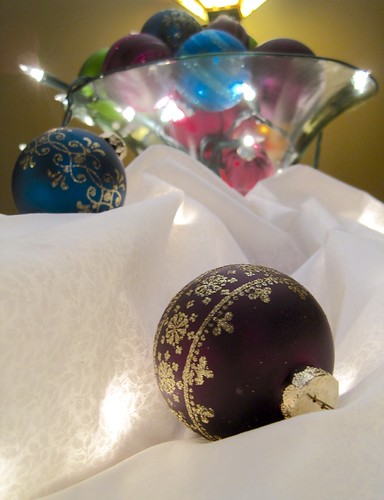 part is deciding how it all begins! It’s no secret that every concert needs an opener that is not only an attention-grabber, but also maybe a bit of foreshadowing to what the audience has to look forward to on the rest of the program.

For our annual Winter Songs & Carols concert, we enjoy presenting a program that encompasses all of winter — not just the holidays contained in December. So, finding an existing opening number that would encapsulate frost, warmth, holidays, feasts, and introspection all within one score was a tall order. It’s no wonder that early in January of 2016 I began scoring “A Manitou Christmas Medley” — a medley designed especially for Manitou Winds’ unique musicians.

The medley comprises eight of my favorite Christmas tunes in a variety of surprising twists and turns of style, tempo, and orchestration. In fact, one of the more unique aspects of this piece is that you’ll get to hear almost every combination of instruments Manitou Winds

Before I even imagined I could be a part of a group like Manitou Winds, I would often sit at the piano and play through some of my favorite tunes and imagine lines that went above and beyond my own pianistic abilities — colors and characters that I knew only an ensemble could fully enliven.

It was in the spirit of those hopeful daydreams that I chose to begin the medley with a free, rubato-laden piano solo 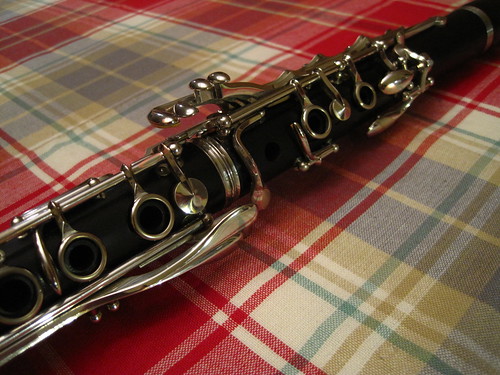 of one of Alfred Burt’s most famous carols: Some Children See Him. In the midst of the piano’s rambling, Anne’s clarinet suddenly enters to lead the ensemble in adding striking colors to the evocative harmonies of Burt’s carol. Then, we’re off to the races as the tune shifts to a driving, syncopated jazz feel.

Next, the tempo quickens and we’re suddenly playing God Rest Ye Merry Gentlemen, a 16th century British carol, in a driving, pulsating style inspired by Karl Jenkins’ Palladio. The ensemble continues on a motif from the carol while I get up from the piano bench and make my way over to the harp. 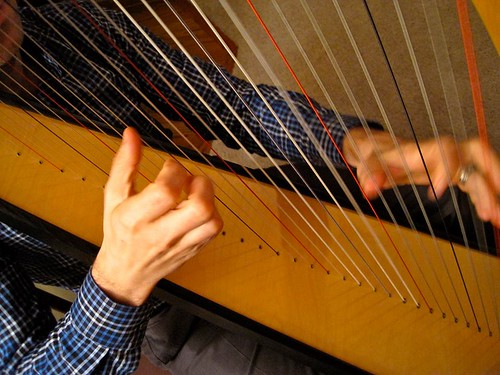 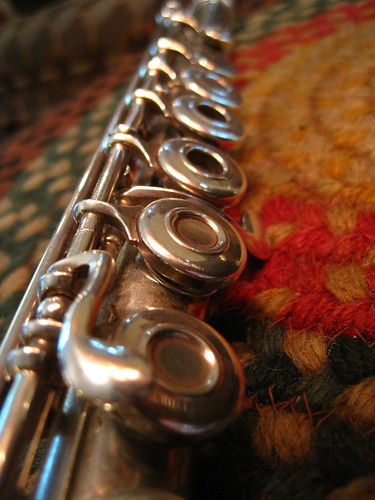 As the harmonies resolve into a dramatic climax, the harp enters with a glissando and suddenly we’re at an Irish seisiún with a foot-tapping, meter-jumping rendition of The Holly and the Ivy, a 19th century British carol. Sam’s flute takes the lead as the clarinet, horn, and bassoon intertwine (as the ivy!). The harp then takes a solo turn on the tune while Laura discreetly puts down her horn and grabs her guitar. 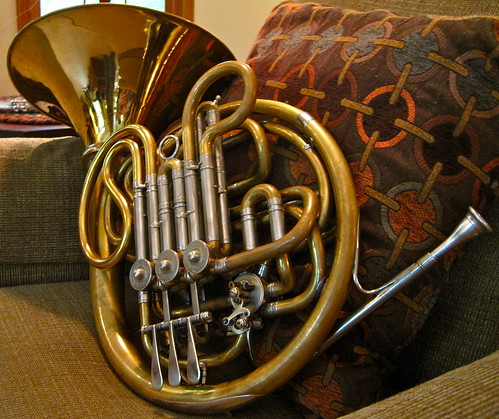 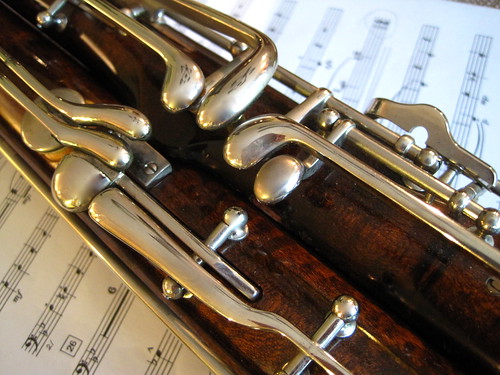 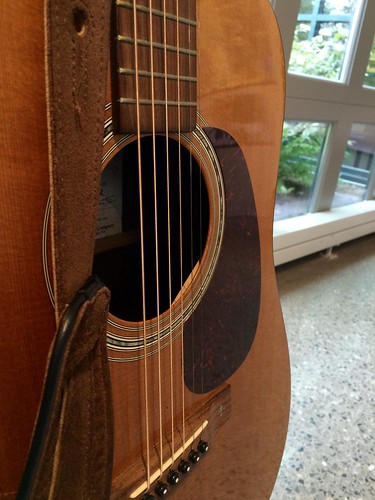 Seamlessly, Christina’s bassoon enters with a lyrical, ballet-inspired verse of Bring A Torch, Jeanette, Isabella — a carol from 16th Century France — joined by the clarinet, flute, and harp. The guitar sneaks in at the end of the verse to lead us briefly into Cradle Song — a Christmas tune that I composed and hope to explore more in future pieces.

With the guitar taking over for the harp, I head over to the oboe while the key shifts to minor and there’s a guitar-flute 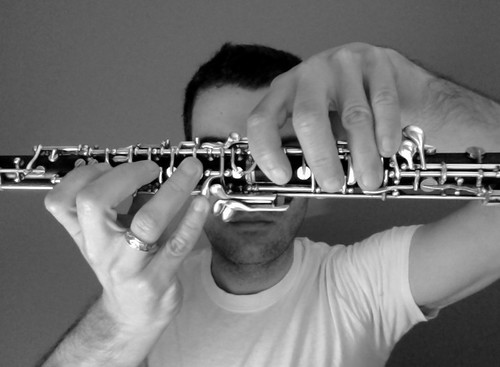 duet on Coventry Carol — a dark and disturbing carol from 16th century Britain.

As the clarinet and bassoon join in, we’re suddenly whisked from the mournful slaughter of the innocents as Laura’s guitar strums a fiery Flamenco rhythm and we flagrantly juxtapose an 18th century French carol (Pat-a-pan) within the trappings of Andalusian folk music (and maybe a wee bit of Romani influence too!). It’s like a wild sing-a-long around a bonfire — you don’t argue about whether it makes any sense!

As the flames of the flamenco grow higher and 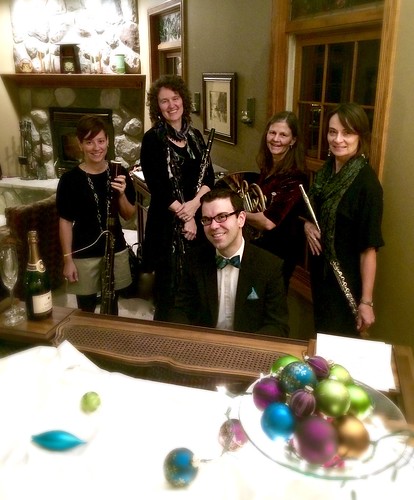 higher, we’re suddenly swept up into a very syncopated spin of the ancient Ukrainian Carol of the Bells and with a sizzling stinger of an ending, we conclude a medley that reaches across continents, centuries, and even moods!

I’m very grateful to the musicians of Manitou Winds for agreeing to embark on such a strange musical journey with me. I hope you’ll join us for the premiere of this unique medley during our Winter Songs & Carols performances.

2 Comments on “A Manitou Christmas Medley”