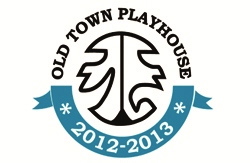 “Based on the Oscar® winning DreamWorks film that started it all, Shrek: The Musical brings the hilarious story of everyone’s favorite ogre to dazzling new life on the stage. In a faraway kingdom an unseemly ogre rescues a feisty princess. Throw in a donkey who won’t shut up, a bad guy with a short temper, a cookie with an attitude and over a dozen other fairy tale misfits, and you need a real hero. Luckily, there’s Shrek! A romantic twisted fairy tale, it’s irreverent fun for everyone!”

The Old Town Playhouse production is directed by Brett Nichols, choreographed by Kristina Nichols, and features an all-local cast of talented performers.

Performances are March 6-28 and include a special family matinee on Saturday, March 28th, at 3:00pm. Go to the Old Town Playhouse website or call 231.947.2210 for more information and performance times.