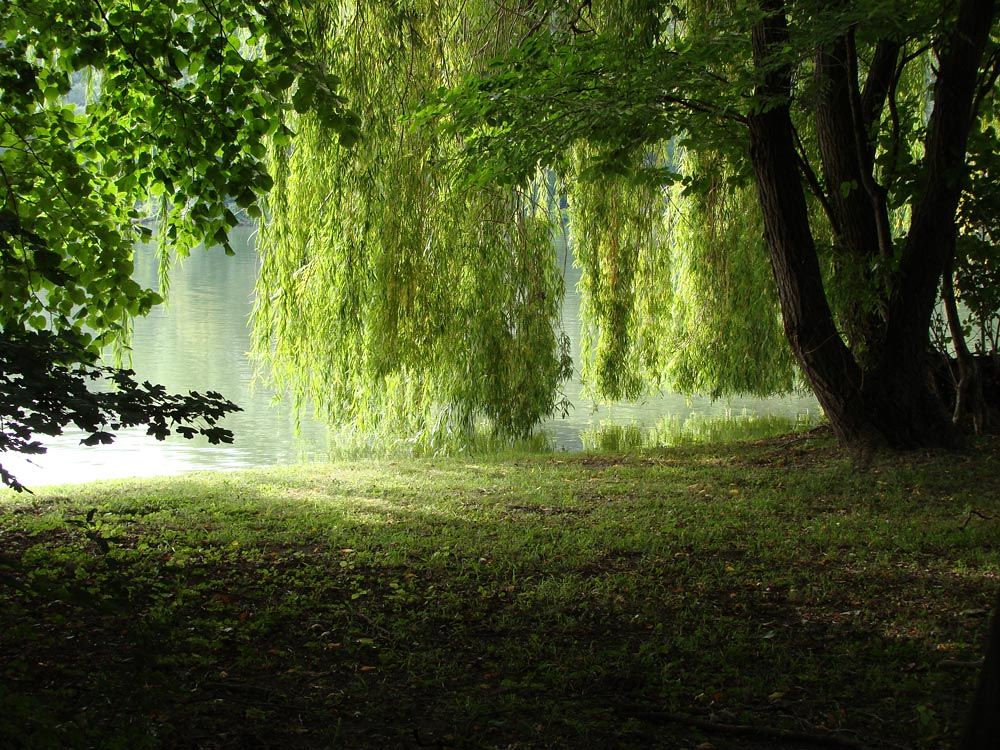 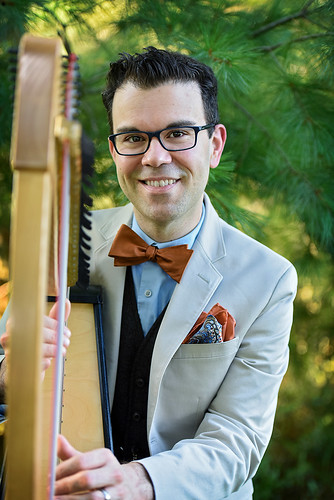 One of the new selections on our 2019 A Celtic Summertide program was composed by Jason based on an old Irish folk tune. Folk tunes often have origins that are difficult or downright impossible to trace. Jason found his tune of choice was no exception!

“It began years ago when I bought Kim Robertson’s beautiful 2006 solo harp album Highland Heart,” says Jason. One track that caught his attention was entitled Dark Woman of the Mountains. “I really enjoyed listening to this track (well, the whole album on repeat, actually). In those days I didn’t even own a harp, so I merely enjoyed imagining what might have inspired the tune.”

Fast forward several years, and we find Jason busy hunting down the origins of this tune in hopes of arranging it for our 2018 A Celtic Summertide concert. “The album’s liner notes claimed the tune was attributed to The Roche Collection, Book I. I did several online searches, but wasn’t finding any matches nor was I confident I’d found the source material. I found several 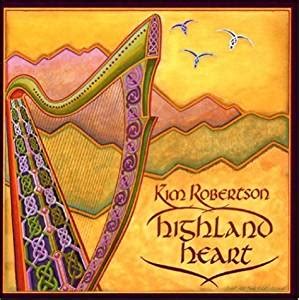 tunes with similar names, but none of them came close to the same tune!” he says.

Jason explained that, in Irish, a dark-haired woman would simply be called a “dark woman”. “Oh, there was Dark Woman of the Glen, Dark-Haired Woman of the Mountains (mountain both plural and singular), The Dark Woman, etc., in both Irish and in English. I eventually gave up my search and shelved the idea because I ran out of time.”

It wasn’t until spring 2019 that Jason tried getting in touch with Kim Robertson herself. Kim admitted she didn’t recall where she first learned the tune. Though she’d created all the arrangements for the recording, she said it was the folks at her record label who had written the liner notes. “There’s always the chance that I have the wrong title for it,” she added.

Where do you go when you have a tune that may have the wrong name? Or no name at all? If you have no other leads, for Irish tunes you might turn to one of the largest collections ever compiled: The Complete Collection of Irish Music by George Petrie (c. 1790–1866). Partially published in the 1880s then completed posthumously in 1903 (by Charles Stanford), the collection contains a whopping 1,582 tunes!

Jason embarked on his needle-in-a-haystack search by combing tune-by-tune through this gigantic volume. “It was easy to get distracted by all the really cool-looking tunes that I imagine no one’s heard for ages, but I was kind of obsessed!” he says. “By chance I decided to start at the end of the book. Would you believe I found the tune in less than 30 minutes?”

There it was in black-and-white: the mysterious tune, but under a different title (written in the old Irish alphabet). Jason transcribed it into the modern alphabet (Baint Áirnídhe faoi Dhuilleabhar na gCraobh), but he was a little unsure when it came to translating it into English.

“My Irish isn’t that great (definitely not scholarly level), and none of my dictionaries gave me the most solid-sounding translation: Removing Alarms Beneath Leafy Trees. Doesn’t exactly roll off the tongue does it? I figured there must be an idiomatic piece missing from my translation puzzle or else a poetic slant to the title.”

The entry in Petrie’s collection attributed the tune to a PW Joyce manuscript which Jason managed to track down easily with the aid of the Irish Traditional Music Archive’s website (ITMA).

Patrick Weston Joyce (1827-1914), a younger contemporary of George Petrie and avid collector of Irish tunes, spent a lifetime collecting and jotting down melodies in an effort to preserve the vanishing Irish culture. One of his earliest tune collections is an unpublished manuscript compiled in the summer of 1856. Joyce sent several tunes to Petrie in the hopes of having them published. Thanks to the ITMA website, Jason was able to peruse Joyce’s actual manuscript where he gleefully found the tune written in Joyce’s careful hand, but with a slightly different title (Baint Áirnidhe faoi Ghílúr na gCraobh) and attributed to a Lewis O’Brien of Limerick. 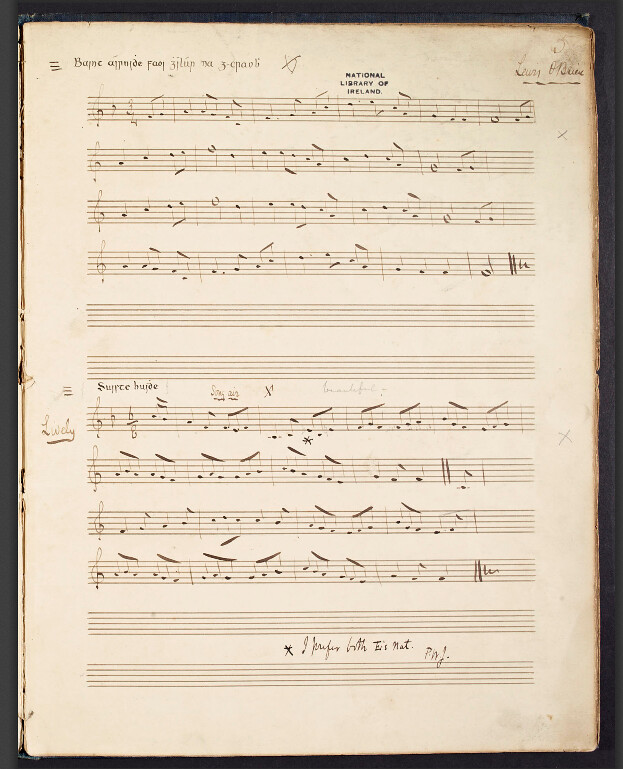 “Translating from the pages of that 1856 Joyce manuscript (removing cares/alarms beneath [the] leafy/flocked branches), I started to feel more connected to this tune even in spite of my elementary grasp of Irish syntax,” Jason says. “My excitement, I imagine, is how any archaeologist must feel removing dust and debris, layer-by-layer, to slowly unveil a lost artifact. We may never know much about the person who actually wrote this tune (was it Lewis O’Brien?), but — for me — finding this earliest known title in Joyce’s own handwriting, and pondering the imagery the title evokes was deeply inspiring.”

Jason took an old tune to heart and composed a piece for clarinet, guitar, and harp which he entitled Willow Song. “The character of this old melody has an almost mournful quality. When I hear the tune, especially now, I’m instantly brought to a place of peace,” he explains. “I feel it’s about seeking solitude and comfort beneath a favorite tree or in a forest. I imagine a willow tree next to a pond, but that’s just me. There’s a certain sadness or pain in the melodic line and harmonic motion, but there’s also the sense that this trouble is being lifted up into the branches — there’s communication between human and tree. I created a countermelody to add to this sense of conversation. I think in the music you clearly hear this healing conversation reflected between the clarinet and harp.” 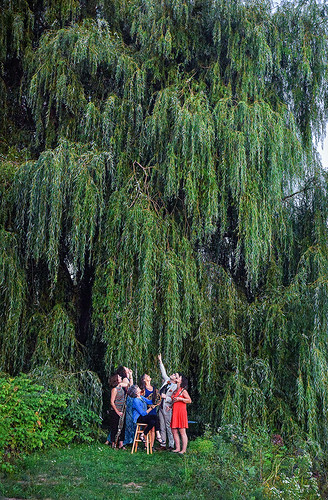 A month or two after finishing the piece and while he was getting it under his fingers, Jason happened upon a digitized version of The Roche Collection thanks to the ITMA website. Francis Roche (1866–1961) collected tunes from several Irish historians (including PW Joyce) and turned their findings into volumes he published in 1912. The tune turns up in Roche’s Book I where it is entitled Dark Woman of the Mountains (where Kim Robertson’s track got its title). Unfortunately, no one knows where Roche got the title, and Jason has discovered at least one other unrelated tune with that same title. Could it be the beginning of another tune-and-title search?!

We’re excited to unveil Willow Song performed by Anne, Laura, and Jason at our 2019 A Celtic Summertide performance. We hope you’ll join us for the premiere!