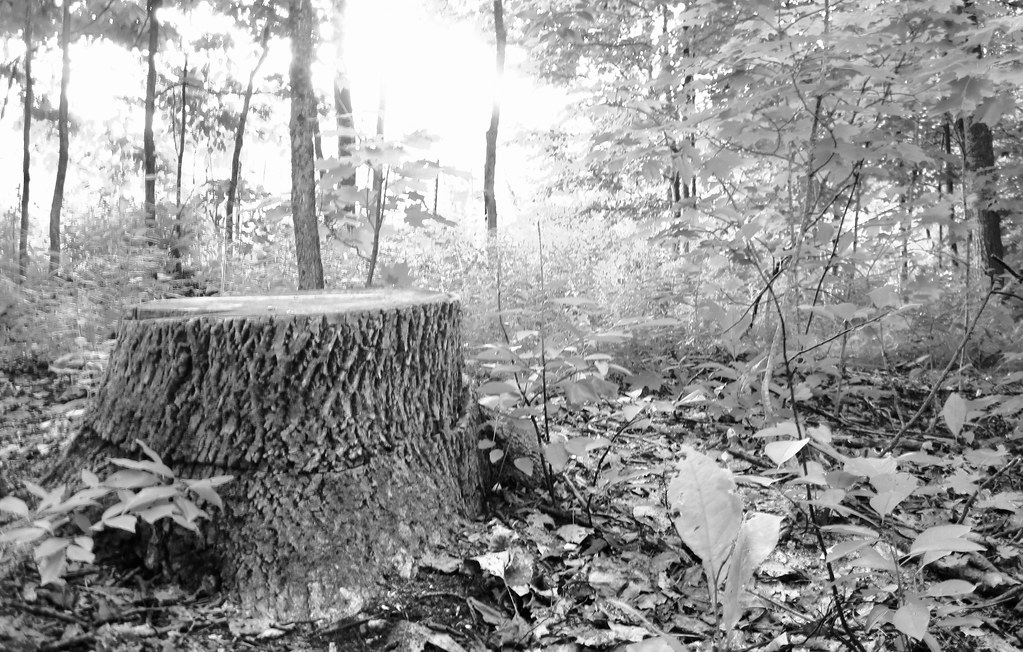 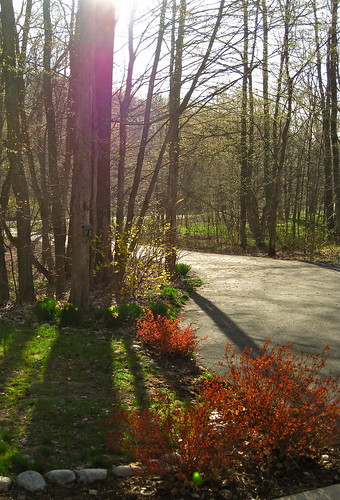 One of my fondest memories of moving to our home in northern Michigan was waking up on the morning after the move, looking out the window, and seeing the old ash tree at the edge of the front lawn. It was majestic and stately, easily setting itself apart from the scraggly ironwoods around it.

As seasons rolled by, I saw the tree in many different lights and characters, in sunlight and moonlight. It became a prominent feature in my mental map of our property. And so, when it became apparent the tree was suffering a slow death by infestation, my heart sank. We were powerless, unable to save the tree and its sisters.

The ash tree plays a significant role in Celtic mythology. The ash tree was often seen as the central column of the Tree of Life. Sometimes referred to as the World Tree, the ash was believed to be a bridge between worlds — like a cosmic axis running from Annwn (the lower world), Abred (this world), Gwynvid (the upper world), and disappearing finally into Ceugant (eternity).

When the arborists came in May 2017 to remove the ash trees, I tried to carry on with my office work. I tried ignoring the chainsaws and chippers roaring mere feet away, but it was impossible to deny the irreversible and permanent changes taking place outside. I was gradually overcome with a heavy, inexpressible sadness. Hearing a bittersweet tune in my head, I sat at my piano and wrote it down. With an uncharacteristic finality, I wrote “The Old Ash Tree” at the top. 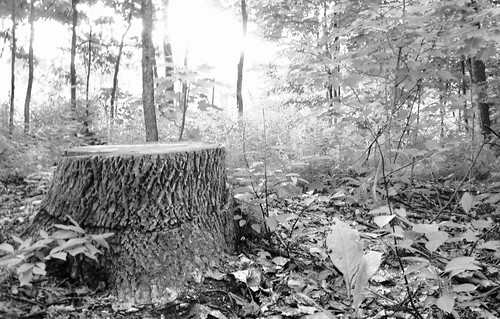 Knowing the ash tree’s importance in Celtic symbolism and lore, I felt it was appropriate to orchestrate this tune for our Celtic concert. But while exploring the tune further — turning it over and over, adding layers, expanding themes — something unexpected happened. The metaphor behind the tune expanded beyond the ash tree to encompass my own family tree.

My paternal grandfather (Paw Paw Bryant) was diagnosed with Alzheimer’s Disease around 1997 when he was in his early sixties. 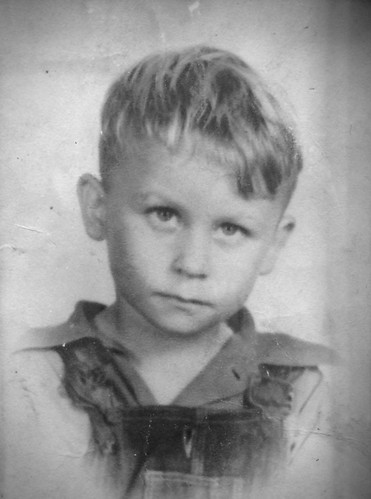 The news was hard to bear, and — having witnessed the disease overtake many of his siblings — there was not a lot of hope for the future.

Paw Paw was a constant presence in my childhood — a bottomless source of encouragement, discipline, and inspiration, always making time to indulge our curiosities. He was gentle yet persistent in doling out wisdom. He was nearly always right, but rather than tell you so repeatedly, he would usually set out to prove it or suffer impressive injury in the attempt.

Always a fan of spinning tales from his childhood, he fostered in me a love of storytelling. He seldom scolded me even when it was apparent I might be exaggerating details to make my story more compelling.

One of my most vivid memories of Paw Paw is when he told me he often climbed persimmon trees to pick fruit for his mother and sisters. I was skeptical, but before I could complete my sentence, he had shinnied up the trunk of the old persimmon tree, and was readying to chuck the fruit down to me. The best fruits, he said, are in the tops of the trees, and Paw Paw was always right.

He instilled in me and my brothers a work ethic that’s unrelenting, fascinated with seeing a job through. Though he may have sometimes been the very reason we were in danger, he was also the reason we were perfectly safe and had no reason to be afraid. To my mind, he’s never aged a single year, but reality tells a different tale. 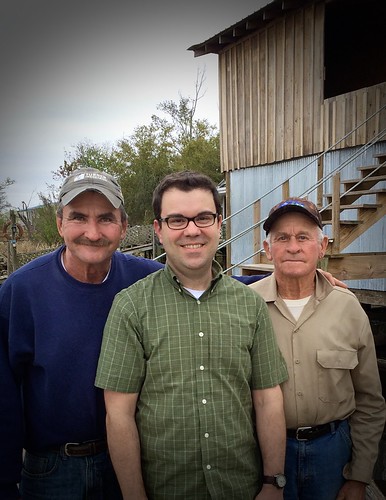 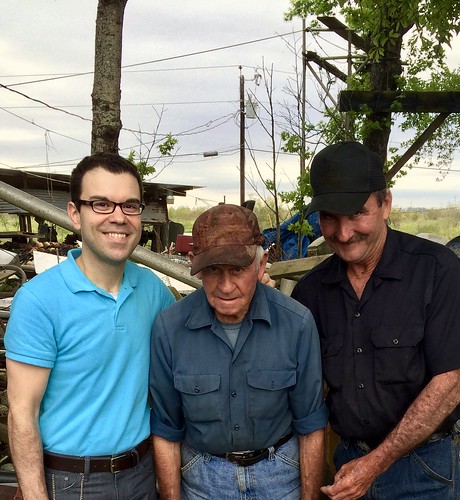 It’s been 20 years since his diagnosis. While it’s nothing short of a miracle that he’s still with us, watching his slow descent into the barrenness of the disease has been 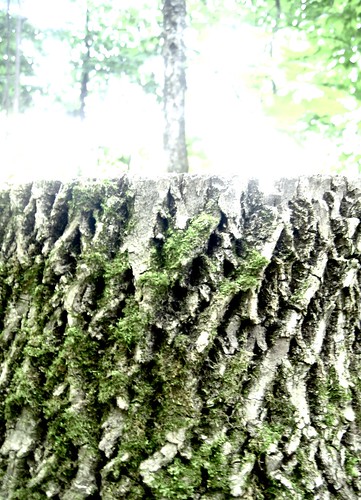 painful. On visits, I’ve witnessed his mind oscillate unpredictably between the present and the past. I’ve seen genuine fear in his eyes as he describes losing himself, getting lost in the woods — a place he’s known like the back of his hand. He can no longer venture out on his own.

The Old Ash Tree is dedicated to my grandfather, Bryant McKinney. In it, I hope to capture his strength, the beauty of the humble life he’s led, and his role as a central axis in my family, the main branch in our tree of life. I also wanted to portray his bravery and stubbornness, his constant fight against a disease that steals his mind inch by inch, day by day. 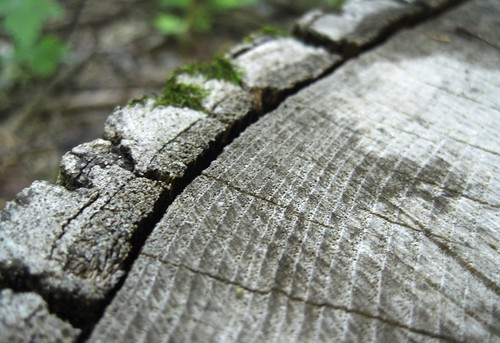 Writing the piece was difficult for me because it meant confronting my grief and sharing it at the same time. Deciding on an ending was probably the most challenging moment. Our lives don’t end with neat and tidy cadences, and I didn’t think it was fitting for this piece to do that either. Instead, the central tune slowly retreats, weightlessly drifting off into the light.

When I visit the stump of the old ash tree, I still sense the space that immense tree occupied. Its roots remain, still holding the earth in place. The rings of its life, now on display, are weathered the color of stone. When a breeze stirs the slowly encroaching understory, I look up to see the opening it left behind in the canopy. Sun streams down, warming the forest floor. New saplings are slowly emerging. 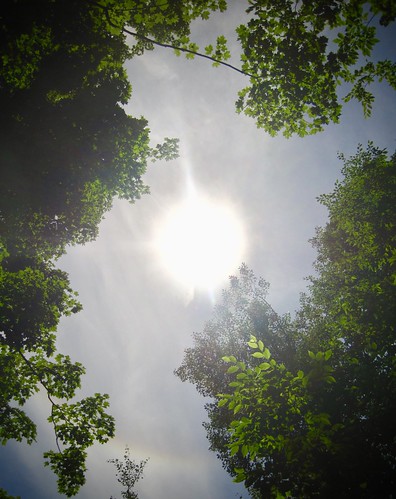 2 Comments on “The Old Ash Tree”